The Process of the Foundation Construction

The foundation is the lower supporting level of construction. In other words, it is the section of the building that will be holding all the units which are above the graders. This photo essay will show how the foundation for the house is made. 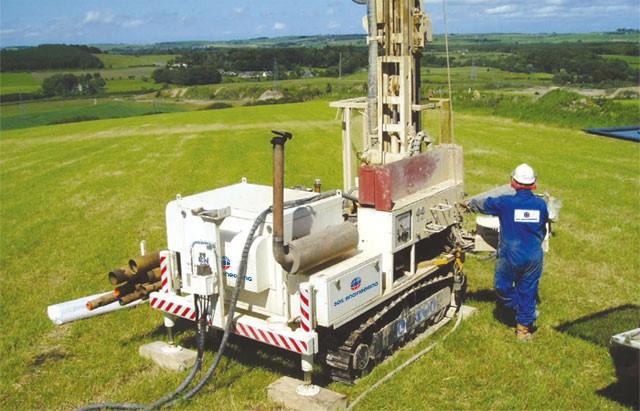 The first part of the process is investigating the soil with an aim of measuring the safe bearing capacity. This exploration is performed by the professional engineer who lays the 4-6” pipe into the targeted ground and takes the sample of every soil layer the depth of which is around 2 meters. After it he/she sends these small parts to the laboratory, where its properties are tested.  Lastly when the analysis is performed, the scientists prepare the soil investigation report that is used for further foundation planning. 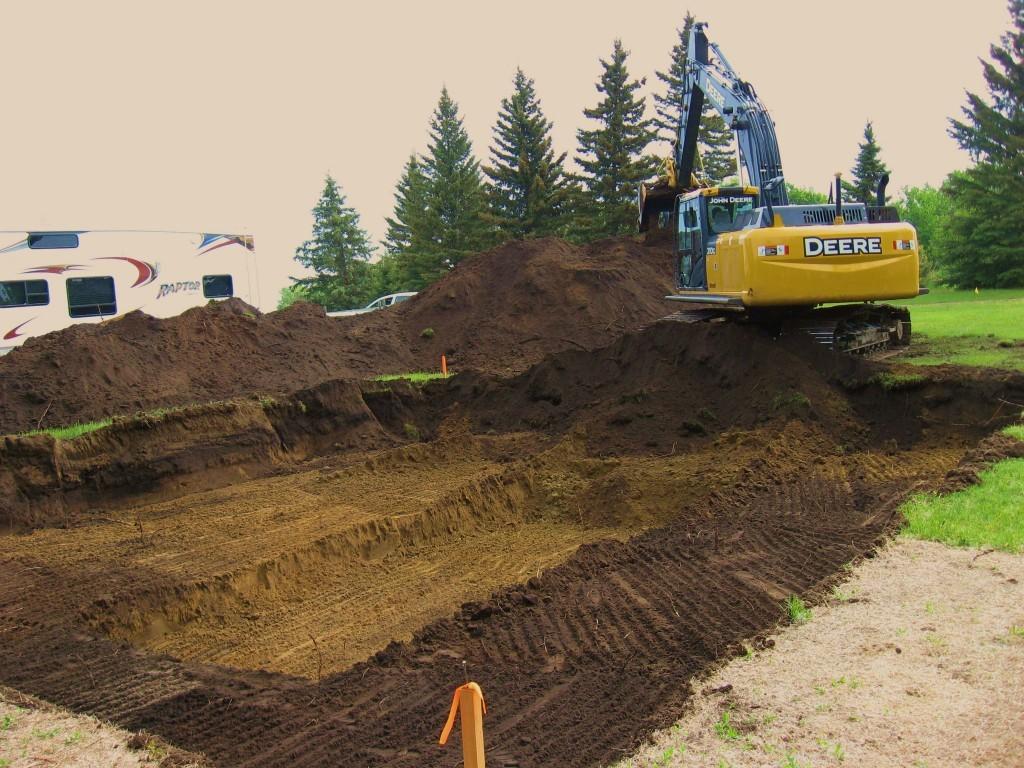 In order to start the construction, it is important to excavate the ground. For this the track hoe is used. The rocks, bushes, earth, and other materials should be displaced with the help of this tool so that it was possible to get such a pit that the top of the foundation was situated below the depth of the frost line.

It also should be mentioned that before the digging, it is necessary to trace the excavation and center lines on the ground. In order to set these measures, the wooden or mild-steel pegs are used (as the yellow one in the photo). Doubtless the part of the excavated ground that could be re-utilized should be stored at the suitable place and the rest should be carried away from the site.

In fact, excavation process is the most dangerous in the construction work and requires following strict risk-avoidance measures. 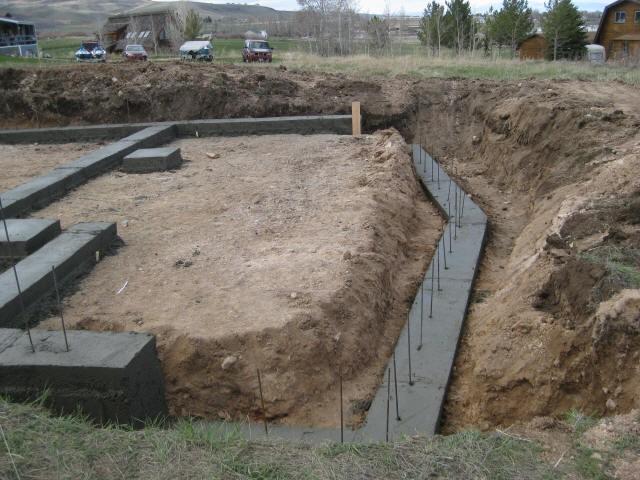 Footings are the bottommost part of the foundation wall which are usually wider that the rest of it. They ensure good support and prevent setting. In fact, the typical material of footings is concrete. This substance with rebar reinforcement is poured into the excavated pathways. Footings usually form the perimeter of the building, but in some cases, they can be constructed as the entire pillow. 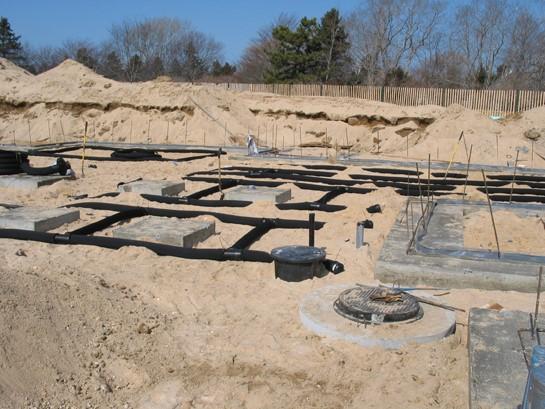 At this stage of construction process the plumbing lines are drawn from the street to the basement of the future building. Sometimes, they are set at the level of footings and in some cases they are running under them. Also, these lines must be covered with the poured concrete plates.

In addition, it should be mentioned that engineers often place the sump pumps under the basement in order to minimize the effects from the plumbing failures. Such machines help to eject water from the basin to the outside of the building and avoid the mass flooding. 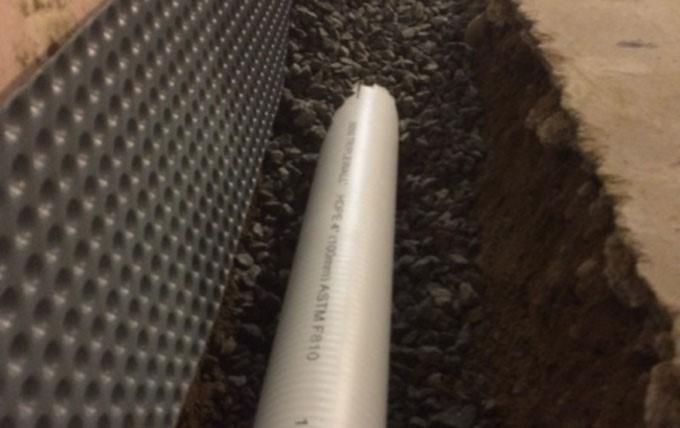 The drainage system ensures that the rainwater does not pour into the basement causing the substantial damage to the building. The construction of it is as follows. First, the bottom of the trench and the outer side of the foundation must be covered with the filter fabric. Second, the lower part of this hole should be filled with crushed stone. As for the drainage pipes, they must be installed into the percolated trench along the outer side of the footings and perforated. At the next step, the whole trench must be filled with the crushed stone and covered with a second layer of filter fabric. Finally, it should be covered with gravel or coarse sand.

The engineer has to determine the thickness and the height of the walls. However, the main principle is that the top of the foundation side of the building should be no higher than the depth of erosion. As a matter of fact, in order to build the wall, the special set of forms is installed. Particular shape (mainly wooden) is used to pour the concrete into it. Nevertheless, the mentioned mix should be of a low water-to-cement ratio. Also, the hardware reinforcement is used to ensure the structural strength. Lastly, when the wall is set, the form is removed. 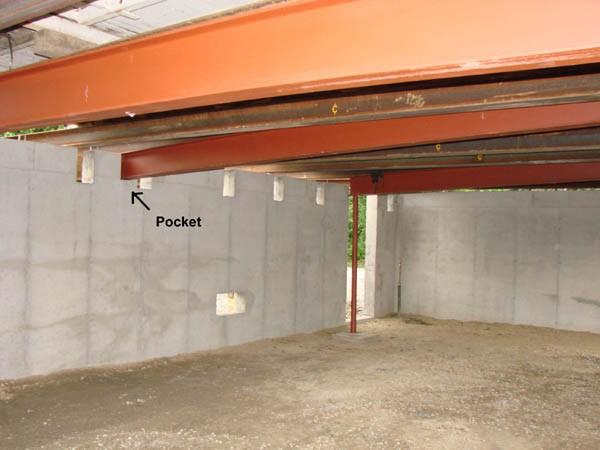 Simultaneously with the process of building the concrete wall anchor bolts are embedded in the top of it. However, the engineer has to determine the exact places where they should be set. Particular measure is also taken in order to ensure the security of the framing. Besides, the engineer has to project the places for the pockets on the top of the wall. Some of them will be used to support the horizontal steel bars (or beams) which will later support the floor of the building. 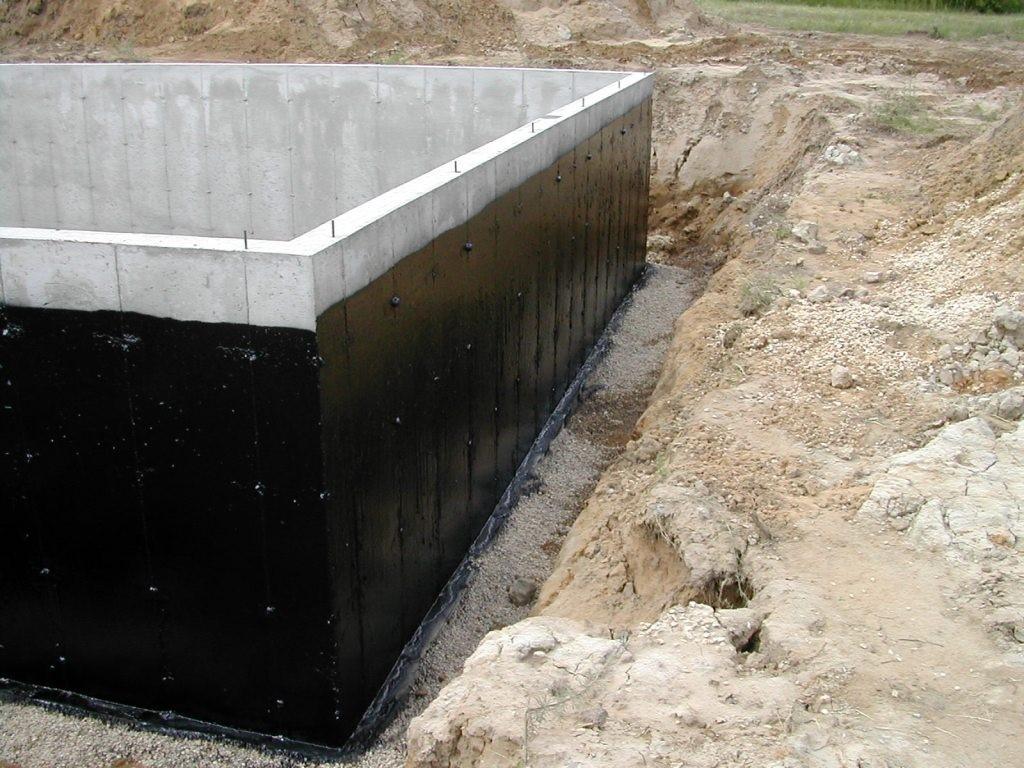 Water is the cause for the majority of problems with the foundation. So, it is important to ensure sufficient waterproofing. In order to do this, the surface of the wall is covered with the professional sealant. It is applied to the whole exterior surface of the side of the building to prevent the water from coming to the basement through the concrete. That is why when the excavation for the foundation is performed the area of it is greater than the actual floor of the building.

In the picture above the black colored area of the wall is covered with the waterproof sealant. 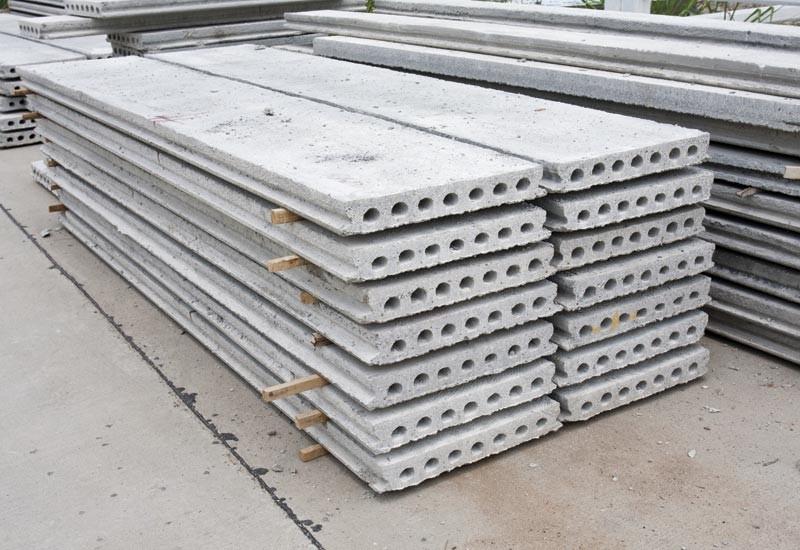 This stage requires pouring or installing the prepared steel-reinforced slab between the concrete walls. In fact, the typical floor requires 4-inch thick horizontal brick. Generally, there are two ways to get it. First, you may buy the prefabricated slab, deliver to the site, and lower it into a place between the steel beams. These kinds of bricks are shown in the next picture. 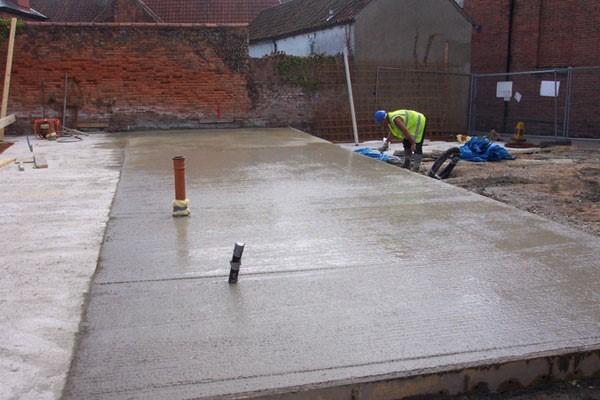 Alternatively, you can build the concrete slabs on the site using the formwork as it is shown here. 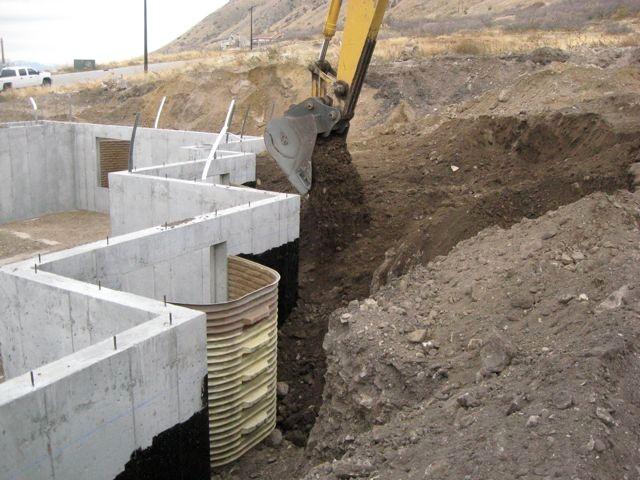 The last stage of the foundation work is backfilling the trench. When the waterproof sealant gets dry, it is necessary to fill the hole along the perimeter with the ground. Usually, one third of the trench depth is filled with the gravel and the rest is covered with the soil. Particular method of backfilling adds stability to the foundation and allows good drainage. Usually, it is performed with the help of specialist equipment that sifts the soil in order to avoid the stones and rocks that may damage the pipes.